So, what is the difference between Agile and Scrum project management and what is the relationship between them? 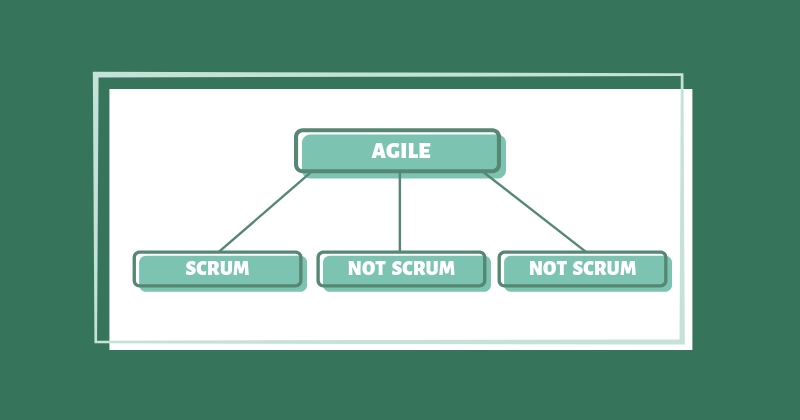 As you can see in the ground-breaking illustration above, Scrum is just one of the many approaches found under the Agile umbrella (we probably could have gone with an umbrella illustration, come to think of it).

If you want to go all old-school logic, all Scrum is Agile, but not all Agile is Scrum.

However, there is more to this agile project management vs scrum confusion than this and we will try to provide some context in the remainder of this article.

The Chicken and the Egg 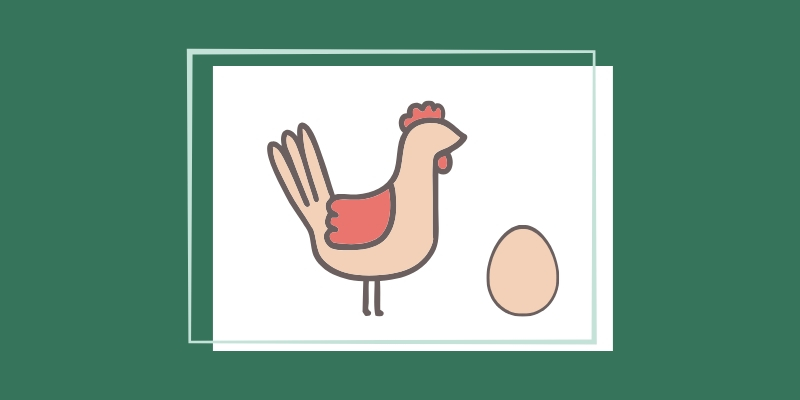 In order to understand the relationship between Scrum and Agile, we have to go way, way back, to an era when Agile wasn’t even used as a term in the sense it is used today.

While there is some confusion on who and when exactly “invented” Scrum, it is generally widely accepted that the concepts that form the underlying structure of Scrum date back to 1986 and the white paper called The New Product Development Game, written by Hirotaka Takeuchi and Ikujiro Nonaka. The very term Scrum was used in this fashion for the first time in the paper.

Ken Schwaber and Jeff Sutherland ran with the ideas, refining them and putting them to action in software development and then, in 1995, they presented their findings at the OOPSLA conference. The new framework continued to take shape over the next few years.

In 2001, both Schwaber and Sutherland “represented” Scrum at the now-famous summit of software developers who championed new adaptive approaches to developing software. The term Agile was adopted as an umbrella term at this summit which also resulted in the Manifesto for Agile Software Development.

In a way, Scrum preceded Agile, but then again, it is not like other people (many of whom also influenced Scrum) didn’t do stuff that would later be described as Agile.

The Most Popular Girl in the School

The most important contributor to the Agile vs Scrum confusion is the undeniable popularity of Scrum, especially when compared to other Agile approaches. According to VersionOne’s last State of Agile report, Scrum and Scrum hybrids make up for more than 80 percent of Agile uses today.

The reasons for the popularity that Scrum enjoys are varied:

It has been around for a while, giving a certain air of respectability to a concept that seems novel to people outside of software development.

It has been proven to work

There is plenty of documentation out there which describes successful applications of Scrum and the positive effects its implementation had on the bottom line of some truly huge organizations.

It is easy to adopt (not easy to perfect)

Scrum does not require weeks and months of learning and practice before a team can adopt it. It is actually a very simple framework based on some very common sense concepts.

It has a large community

The Scrum community is a large one and also very active. As a result, there are always people and resources you can turn to if you hit a snag and need some actionable advice.

It has a structure

Despite being a lightweight framework, Scrum does come with a number of clearly defined roles, events and artifacts. This structured nature of Scrum makes it easier to explain to decision makers who feel more comfortable when they can see the parts of the machine, so to say.

It welcomes other Agile practices

Adopting Scrum does not preclude the team from adopting other Agile concepts and ideas. In fact, Scrum welcomes this, providing a framework which sheds light on those additional practices and their effectiveness.

Unfortunately, a big reason why Scrum has become so popular is that it can be sold in form of training, certifications, coaching and whatnot. This has resulted in some bad experiences and a certain blowback that Scrum has been experiencing. Still, it cannot be debated that this commercial nature of Scrum is also a big factor behind its popularity.

The Confusion and the Fallout

As a result of this enormous popularity, Scrum has become almost synonymous with Agile, especially among people from outside the software development area of expertise who are often the main decision-makers in large organizations.

They hear about Agile, they first run into Scrum, they start reading about it, they start looking into their options, someone jumps at the sales opportunity and, Voila!, an organization ends up with some kind of an organizational Scrum abomination that has miserly chances of doing any good for the organization.

Similar confusion happens in organizations where Scrum starts spreading from within, usually from a software development team that has been using Scrum for a while. Someone from middle management hears about it, they jump to a conclusion that Scrum is just another word for Agile and they hire someone to “scale” it indiscriminately to the entire organization.

The bottom line is that Scrum is just one part of the Agile ecosystem. It has numerous applications and it has been used effectively across various industries. It has also been misused and abused and it has left more than a few ruined teams in its wake.

Sometimes Scrum will not be the best Agile approach for a situation. There are others.

Sometimes Agile will not be the best approach to take at all.

We just hope this article will at least point you in the right direction.