LeSS stands for Large Scale Scrum and it represents another framework for scaling Scrum.

It decidedly builds upon the foundations of one-team Scrum. It leaves much of the host framework intact, but also aspires to revamp it.

To accomplish this, the LeSS approach denounces overly prescriptive and clunky facets of Agile methodologies. Indeed, it’s hailed for its ability to add value to large organizations, letting them take on the complexities of the modern development environment.

Hence, adopting LeSS requires you to revise the Scrum basics. The next step is grasping everything new that LeSS brings to the table.

The scaling endeavor itself calls for some profound changes and adjustment. The field of application is broad and it contains many moving parts.

Scrum with a Twist

You can think of LeSS as an organizational design framework.

One of its main objectives is to do away with unnecessary clutter and baggage. Namely, LeSS is lightweight because it successfully refines Scrum, making its scaling easier, more effective, and faster.

As we have already indicated, standard Scrum rules are a good starting point.

In fact, LeSS is essentially single-team Scrum scaled up. If you’re familiar with this system, you will recognize many principles and practices.

These are the fundamental elements that all teams share. For the most part, this matrix is nothing new, considering Scrum has one Product Backlog and Product Owner too. LeSS doesn’t really introduce new artifacts, roles, and events.

All for One and One for All

This is not to say we’re in completely charted waters.

LeSS aim to better align the teams around the axis of one product. It has a global, end-to-end scope and anticipates many problems that arise during the entire scaling process.

When it comes to teams, there is a set of cross-functional units that work together toward common goals. At the same time, these teams tackle different items from the shared Backlog.

While doing so, they move forward using time-boxed iterations (Sprints) and follow a DOD. In other words, all teams start and end the Sprint at the same time. Product Owner and Scrum Masters are two other roles that together with teams, form the LeSS “holy trinity”.

As per usual Scrum formula, Scrum Masters serve teams to the best of their ability. There’s no traditional manager calling the shots. Product Owner establishes the “what” and self-organizing teams determine the “how”.

Moving on, it’s important to notice LeSS is composed of two different frameworks:

In both cases, the same principles we covered above apply. There’s still one Product Owner and one Product Backlog.

However, one difference is that LeSS Huge splits the Backlog into multiple Area Product Backlogs. They are overseen by Area Product Owners.

Events as the LeSS Backbone

Next off, we should explain how LeSS reshuffles a deck of Scrum cards called events. The special emphasis is on Sprint Planning, which is split into two parts.

Part 1 of this process revolves around selecting Sprint Goal and handling the division of labor, in this case, Product Backlog items. Team representatives and Product Owner also deliberate on shared work and cooperation opportunities.

Sprint Planning Part 2 is a parallel activity each team undergoes separately. To streamline it though, some organizations put multiple teams in the same room. This stage of planning entails employees figuring out how to finish items and meet Sprint Goal.

Furthermore, Daily Scrum is still the most frequent event teams hold. The novelty is that LeSS encourages individual team representatives to observe other daily meetings and facilitate information sharing. This is not a must-have, just a nice-to-have feature.

On the other hand, the Product Backlog Refinement (PBR) meeting is an optional event that involves team members and a Product Owner. It has a clear purpose— planning PB item implementation by teams and promoting better cross-team alignment.

PBR also sets the stage for single-team PBR, which is an important requirement of LeSS. It plays out in a similar way as in one-team Scrum framework.

Upon seeing the Sprint through, a Sprint Review takes place. The goal is to evaluate the product increment and consider new PR items.

The list of attendees includes everyone who worked on the product: Product Owner, team members, users, and other stakeholders.  Such an event requires a big open room where everyone can keep track of what is going on.

The former is a typical Sprint event from Scrum. The latter is a completely new meeting, which doesn’t exist in Scrum. The goal is to fine-tune the whole system instead of a particular component. Apart from Product Owner, it gathers Scrum Masters and rotating team representatives.

All of these steps should ultimately enable to produce a product increment by the end of each Sprint.

In order to achieve this goal, all the work has to be integrated during the Sprint. Scrum Guide doesn’t specify this kind of integration activity. Thus, it’s crucial to stress you have the freedom to carry it out according to the DOD.

As your organization matures, this should start occurring almost seamlessly. The prerequisite is that you maximize team collaboration and information sharing. So, unclog the channels of communication and keep everyone in-the-know.

Adhere to the principle of self-organization to eliminate any remaining coordination issues.

LeSS is one of the major inroads to scaling Scrum to the whole organization.

It employs various one-team Scrum elements and adds some new dimensions to its infrastructure. That is why the setup seems very familiar, but also quite complex.

In a nutshell, different teams have to come together during Sprints to create one integrated Product Increment. This is always easier said than done.

Therefore, uphold best practices and leverage both Scrum Events and their LeSS variants. Make an effort to spur cooperation and take productivity to the next level. This is the way to harness the full power of the Agile approach and deliver a killer product to eager customers. 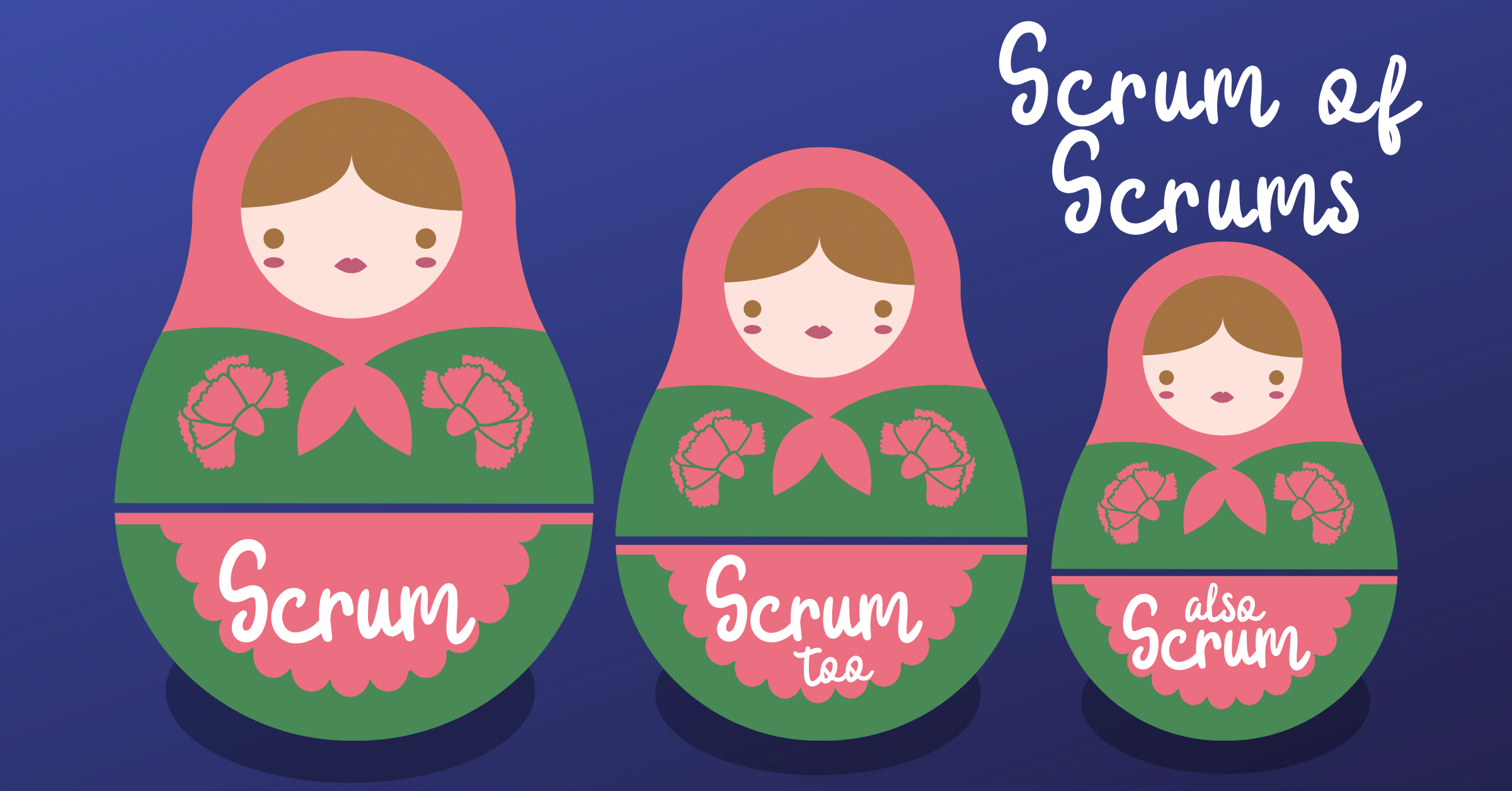