Extensive planning is one of the things that characterized the traditional methods for software development. When Agile methodology was introduced, it focused on the rapid and continuous development of working bits of software, limiting planning to as little as possible.

In addition, Agile welcomes and encourages changes even late in the development phase which is another factor that defeats the purpose of extensive planning. This is particularly true for the Scrum framework where working bits of a product are released with each sprint.

Why the need for release planning?

In order to explain why release planning is still important in the Scrum framework, we have to go back to the start. As we’ve already mentioned, Agile practices focus on continuous delivery of increments of a working product to customers with the emphasis on maximizing value. To ensure value is maximized, a product must be built in a way that has users' best interest in mind.

In simplest terms, you must know what a product should look like, which features should be developed and implemented and when and how you should release those working bits of a product to customers.

In most cases, a Product Owner is responsible for organizing such things but it's oftentimes a primary concern of an entire organization rather than just one person. In such situations, release activities require at least a bit of planning beforehand.

The purpose behind Scrum release planning

As mentioned before, organizations release working bits of a product after each sprint or after multiple sprints. That depends on the organization itself and how they decide to proceed with software development.

However, regardless of how organizations operate, they still require long-term planning to a certain extent. With that in mind, a release plan would have to encompass the scope of the project, budget, dates and other relevant factors.

In most cases, a product is first envisioned before it can be developed. However, in Agile practices, no plan can be too detailed or too precise because changes happen often and every new iteration is improved upon based on previous experience.

Release planning is quite common is Scrum mainly because it's part of a sprint review process or part of preparing for the following sprint. Therefore, the purpose behind release planning in Scrum would be close to considering the next logical step toward making a product vision into a reality.

Every project has a goal and multiple smaller goals along the way. Goals usually focus on both organizational and consumer-related benefits. Tying goals to releases is, therefore, essential. The main reason is that you have to plan releases, in order to capitalize on benefits.

As an example, is there a major market opportunity for releasing at a specific moment? Will consumers benefit from releasing now? Also, can you minimize risks if you release now? Release planning can be quite useful when there are specific goals involved. That way you're not just planning a release with a focus on features but also for achieving goals that will benefit everyone in the process.

A release plan in Scrum should be a collective decision. In other words, it should be a decision based on the collaboration of everyone involved in the project ranging from stakeholders to the entire Scrum team. How each person is involved may vary based on the project itself and other relevant factors but it will ultimately shift over time.

As an example, the development team's velocity can be used as an essential component in release planning. Velocity is a metric that estimates how much work a Development Team can take on for each Sprint or how much they can deliver after each sprint. It's important to note that this metric doesn't show fixed or viable results. Instead, it's used as an estimation for release planning.

For instance, velocity can be in the form of forecasting of there's a new development team on the project or historical if it's the old team. Therefore, if the purpose of Scrum release planning is to determine the next release that's the most valuable and a release that has the most quality then you can take velocity alone as a determining factor. In other words, there are always variables and constraints you must account for.

While we're on the subject of collective release planning, we should also introduce the idea of release management training, especially for people (mostly managers) who are more used to waterfall way of releasing working products.

One of the issues that plagued traditional methods when planning is involved is fixed constraints. Traditionally, extensive planning was required so that constrains, such as date, scope and budget can be fixed. This, however, did not work out too well because it limits the project's potential and also limits the value that can be built during the project's lifecycle.

When engaging in Scrum release planning you have to aim towards flexibility. The fact of the matter is that constraints have to be balanced properly. As an example, if you fix scope and data, make sure that the budget is flexible.

Fixing any of the constraints can have potential issues but it's sometimes a necessary move to make.

Still, continuous improvement, adaptability and flexibility will allow you to fix those issues accordingly.

When it comes to Scrum release planning, releasing early and as often as possible is better than waiting for just a few more sprints that will surely create a working bit of a product that customers will love. The main reason is that releasing often allows you to determine if the increment is delivering the required value to customers or not. That way you can make improvements and make them as often as you release.

Ultimately, the goal is to eventually finish the project and deliver a working product as a whole but that becomes increasingly difficult to achieve if you wait on releases for too long.

Extensive and detailed planning doesn't sit well in Agile practices. However, Scrum release planning can have major benefits for both the organization and its intended customers. The key is in planning the releases the right way and with a purpose or a goal behind each release. 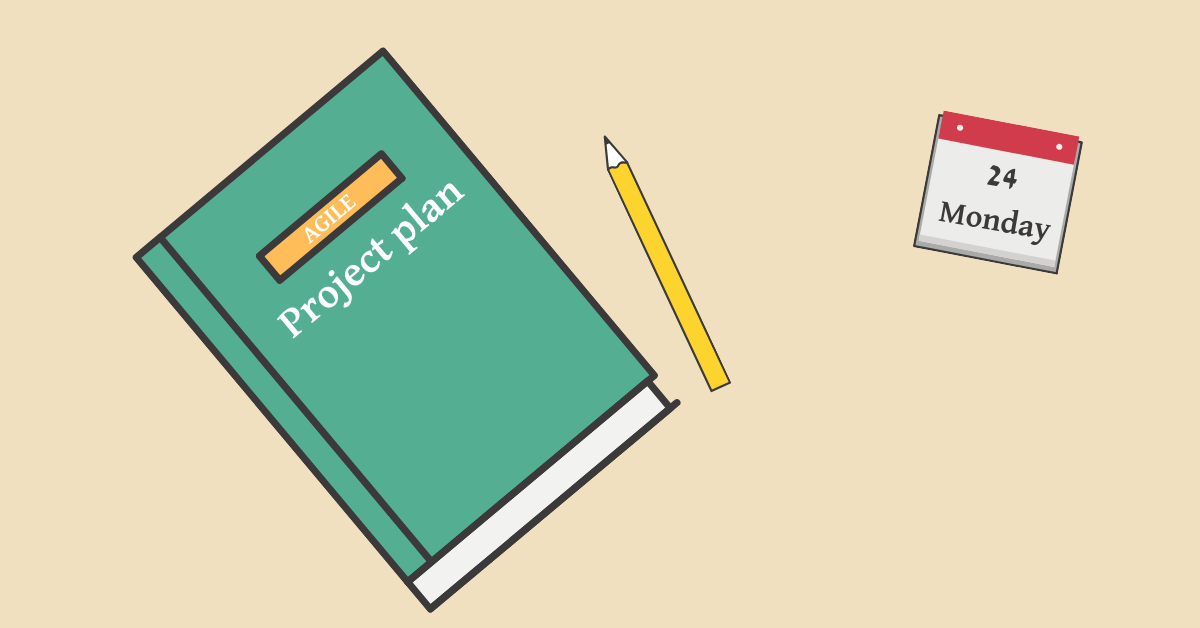 How to Create an Agile Project Management Plan